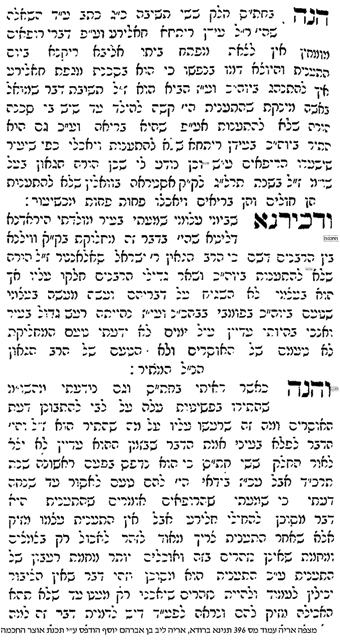 
A year before this he had gotten himself into the
bad graces of the spiritual leaders of Wilna. In the
year of the frightful cholera epidemic Salanter, after
having taken counsel with a number of physicians,
became convinced that in the interest of the health of the community it would be necessary to dispense
with fasting on the Day of Atonement. Many a
Rabbi in this large community was inclined to agree
with his view, but none of them could gather cour-
age enough to announce the dispensation publicly.
During the several years of his stay in Wilna he
lived strictly the life of a private man, and in his
humility would not decide a question of ritual, not
even if it occurred in his own house, but would refer
it to one of the local Rabbis. When he saw, however,
that none of them would act in this case, he thought
self-assertion to be his highest duty. He affixed
announcements in all Synagogues, advising the people
not to fast on the coming Day of Atonement. Know-
ing, however, how reluctant they would be to follow
his written advice he, on the morning of the Day of
Atonement at one of the most solemn moments of the
service, ascended the reader's desk. After addressing a
few sentences to the Congregation in which he com-
manded them to follow his example, he produced some
cake and wine, pronounced the blessing over them,
ate and drank. One can hardly imagine what moral
courage and religious enthusiasm this action of his
required from a man like Salanter to whom obedience
to the Torah was the highest duty. He found strength
for his heroic action only in the thought that what he
did was for the benefit of others. Many years later
he used to dwell on this episode and thank with great
joy his Creator for having found him worthy to be the
instrument of saving many lives. He was convinced
that many a person weakened by fasting would have
fallen a victim to the frightful disease, and that
therefore in making people eat on the great Fast he
saved many lives. Others, however, did not share his
conviction of the necessity of dispensing with the fast
and he was severely censured by them, not only for
what he did, but also for having assumed the authority
belonging to the official leaders of the community. It
is not unlikely that the unpleasantness created by this
incident was one of the reasons for Salanter's leaving
Wilna for good
חזור למעלה